I recently got my British Passport and was travelling back from India to UK from Chennai airport. Having had a bitter experience with Air India, decided to travel with Emirates who had good reputation in the Airline Industry

My flight was from Chennai to London via Dubai. As usual, landed in the airport, checked in my baggage and heard something unusual.  The support staff was talking to some foreign passengers and asked whether they need Exit Row seats. I was instantly shocked as getting an exit row seat is not an easy job, it gives more leg space and one of the finest seats in the plane.  To add more surprise, the foreign passengers do not know the meaning of exit row seats and was asking whether they need to pay any extra money for that. 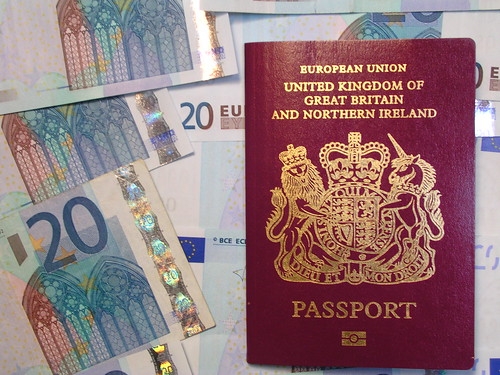 I did not bother to ask the staff as I always preferred aisle seats as it is easy for me to step out and step in. Moreover, I was travelling alone and it did not matter where I was sitting. I was already homesick and in dull mood on going back to London after spending couple of months in India.

After all the security checks were over, I was waiting in the lounge with 2 hours of boring time to kill. The support staff were announcing some names before boarding as usual to verify some details of the passengers.  I was in the toilet when I heard my name being called by the staff. It was a surprise to me as no airlines have ever called me before boarding. It was the first time and so many things were running in my mind. Did anything went wrong with my details? Am I a terrorist? Why are they calling my name? All sorts of negative things were creeping in, when I went there, they asked my boarding pass and tore it into two.  I was instantly shocked to see and looking at them berserk. They gave me another boarding pass with different seat number and I was about to ask why, then the lady told me in a smiling way that I have been upgraded to ‘Business Class’.

Yes, you heard it right, it was Business class. It was like winning a lottery to me as I never get these sorts of benefits in my life. It was a perfect send off for me with all these homesick thoughts being carried over in my mind.

I instantly called my wife and brother and made them jealous. I did not bother to think about why they had upgraded my class and more importantly why me? Then when the Boarding announcement came, I got priority boarding due to business class and standing along with all other Business class passengers.

It was a bit of shyness and tension prevailing in my mind as I have never travelled in Business class. I was fully prepared for this since it was like travelling for the first time in a flight. Looking at those seats with hi-tech gadgets, I was totally confused and looking all other on how to operate these things.

I learnt something over there by looking at fellow passenger who were also upgraded to Business class. Then I realized that the Airline had upgraded most of the single passengers who had Foreign passport as sort of marketing campaign to boost their Business class.

I did not know how to react as whether to cherish the moment or think about the fact that it was not offered to any Indian passport holders. I am just writing this incident to narrate how certain possessions can change one’s life and the way people perceive it.

Human beings are rated now based on their power and status and not by their character. This is unfortunate reality of today’s world.